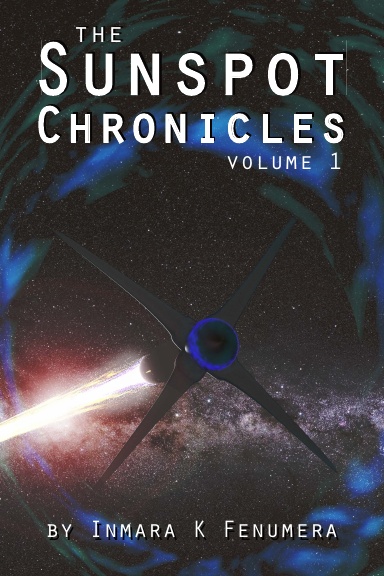 The first volume of the Sunspot Chronicles contains the short story Children of the Sunspot, and the three novels, Systems' Out!, Ni'a, and Outsider, all written by members of the Inmara.

These stories follow the personal lives key people involved in a series of the greatest discoveries and social upheaval since the generational starship Sunspot embarked in its voyage over 130,000 years ago. Authors Metabang, Abacus, and Ni'a tell of the pressures they faced while helping others who struggled with dysphoria and trauma in an ancient culture that prides itself in recognizing and preserving everyone's rights to consent and autonomy, but that maybe falls a little short sometimes. And in the process, the terrible secrets of their ancestors are revealed.